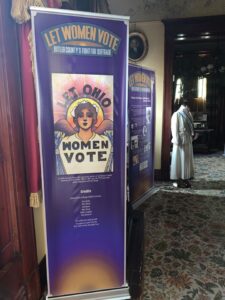 The long struggle to gain the vote for women started in the first half of the 19th Century and ended with the passage of the 19th Amendment in 1920. Butler County women joined in this fight at the beginning of the 20th Century. Women’s clubs, church groups, and other staged events organized by local suffrage groups took place all over Butler County. The Butler County Historical Society is proud to recognize these local suffragists, and how they engaged both the local, and national, fight to get women the right to vote. Join us, as we celebrate the 100th anniversary of the 19th Amendment, and visit our exhibit “Let Women Vote: Butler County’s Fight for Suffrage”. 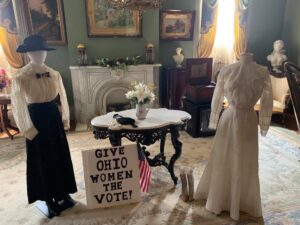 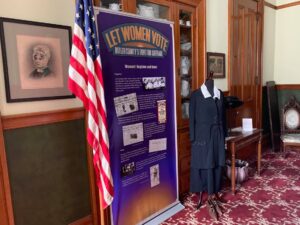